In phreaking, the Green Box was a device whose function was to manipulate the coin collection mechanism of payphones. It employed three of the MF (multi-frequency) tones used in the Blue Box and could be viewed as a subset of that device.

There are three basic functions in a Green Box, and each one is activated with an MF tone. The Green Box's designers have noted that it is not possible to use it from the payphone being manipulated; it can only be used by the called party.

According to the text file "The Green Box" by "The Blue Buccaneer" and "The Tracker", each of these frequencies should be sounded for at least 900 milliseconds. Each should also be preceded with a 2600 Hz "wink", or an MF "8" symbol (900 Hz + 1500 Hz), of about 90 ms in duration, followed by about 60 ms of silence. Most software Green Boxes emulate this rather than the MF symbols alone.

The Green Box was first proposed in the newsletter TAP in 1981 by Ted Vail and Nick Haflinger. While others have written text files about this device and numerous software tone generators exist which claim to emulate it, it is unknown if any physical devices were actually built (including by Vail and Haflinger). Despite this, any Blue Box could, with skillful timing on the part of its user, be used as a Green Box.

With the widespread phase-out of the ACTS signaling system, and indeed the long-completed phase-out of MF signaling in North America, the telephones for which this device was designed are no longer in service. Thus the Green Box can be considered obsolete.

An early predecessor of the Green Box with similar usage was the "payphone diode" or "one-armed bandit." This was a cheap, low-power, silicon diode that was bridged across two signal wires into the phone (polarity is forgotten, but significant). This device exploited another weakness in the ACTS on certain phone models (including 3 slot rotary). These models used an electromechanical diverter flap to drop and direct coins from the holding area to either the coin vault or the coin return, based on a signal from the CO. The default position of this flap was to the coin return so no signal was required for incomplete calls. The diode allowed the coin drop on the Collect ACTS signal but kept the flap in the default position.

Besides being illegal for several reasons, access to the lines on payphones was usually limited by conduit or armor. Payphones modified with discrete jumper wires for diodes to be clipped on were very popular in the early 1970s. Contrary to the Green Box, the diode allowed control from the calling payphone. Operation required using actual coins and lengthy long distance calls with mid-call Collect signals, requiring deft manipulation of the noisy coins falling to the return.

More recent research (2001) on a Flowbox by "Flame0ut & PrussianSnow" on Nortel Millennium payphones in Canada indicate that the Collect signal on many systems is a current reversal. While it is not clear whether this is part of the ACTS specification, it offers an explanation for the operation and success of the diode. 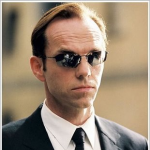